This week my workload had a bit of an upward spike, that sort of 17-hours-in-front-of-a-laptop type spike. Tuesday was the worst, I finally finished my shift at 2am on Wednesday morning and crawled under a duvet on the sofa in the office as I didn’t want to wake my housemates. Even though I’m pretty certain there isn’t a cricket bat in our house my sleepy logic made me believe that if I was heard climbing the stairs at that hour someone would be sure to mistake me for a burglar and hit me over the head with one.

The rest of Wednesday was almost a total right-off. I’m sure when I was a student I could have only a handful of hours sleep and still be functional the next day but not now, stringing a sentence together yesterday was a serious chore. What happened?!

In the end the only thing to revive me from my zombie-like state were a couple of scones and a double espresso.

I had a just about enough energy to whip these up and it was well worth it. I had some clotted cream left over from a recipe photoshoot at the weekend (as you do) so it would have been rude not to use it up!

3) Add the lemon juice to the milk. Add the eggs to the milk mixture and stir with a fork to combine.

5) Tip out onto a well floured surface and knead just briefly to make sure all the ingredients are combined. Flatten the dough, just with your hands is fine (I couldn’t be bothered with a rolling pin yesterday) it should be about 4-5cm thick then cut into circles with a cutter. You don’t have to make them round, my mum used to cut them into triangles just with a table knife, there was something very clever and mathematical about her reasons for doing this but I just remember them being yummy.

6) Put them on the prepared baking sheet, evenly spaced (they expand a little bit) and bake for about 10mins 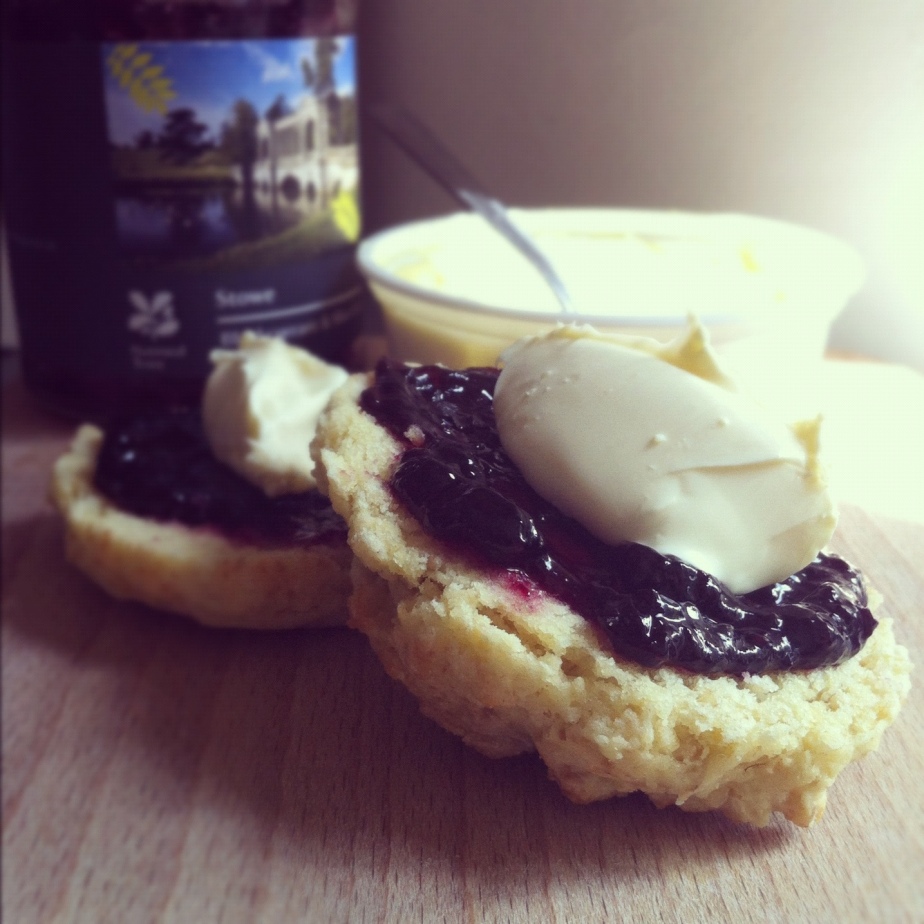 Since uploading this photo on facebook & twitter a debate has started as to whether the cream goes first or the jam, I’m all for the jam going first as it keeps the cream nice and cold on the warm scone but other people fiercely disagree with me stating that the cream should be first. What do you think?

2 thoughts on “Saved by the Scones”

Cooking Without a Kitchen